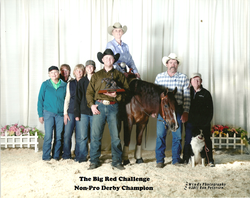 NON-PRO DERBY WINNER
Easy Easy Easy, this four year old gelding is as honest as you can get. Would make a great youth or non-pro horse. He recently won the Big Red Challenge Non Pro Derby, and placed 3rd at the  Missouri Non Pro Futurity.  He has earned just shy of $800 this year, and keeps improving. AQHA Point earner 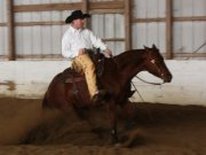 Nice mare shown by Chelsie, consistently marks 71's and higher.  She led the Central Plains year end Rookie. She is a big stopper, flawless lead changer, and circles great. She is easy to turn around in and out of the show pen. R.O.M in AQHA, Multiple Time World Show Qualifier, NRHA Money Earner. 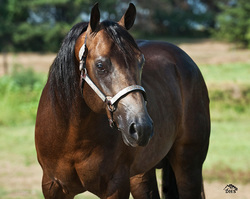 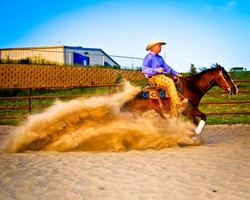 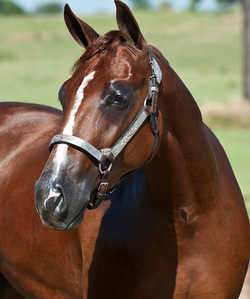 Awsome 2010 filly with tons of style in the reining, and on the flag. She is a horse that will be a standout in both the cowhorse and the reining. She is quick footed and wants to stop. She is changing leads well and turning around super fancy. 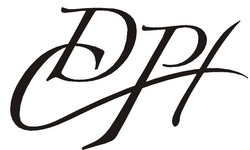